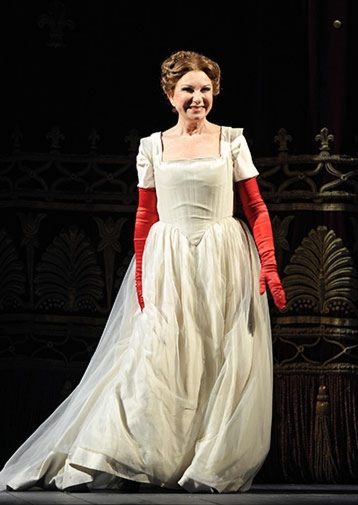 Mariella Devia, born in Chiusavecchia d’Imperia, studied at the Conservatory of Santa Cecilia in Rome, where she graduated in singing. In 1973 she won the Toti Dal Monte competition and made her debut as Lucia in Lucia di Lammermoor. Her performance – which she will bid farewell to in the 2005/06 season at the Teatro alla Scala – marks a point of arrival difficult to overcome in the history of belcanto.

The Metropolitan Opera in New York and the Covent Garden in London, the Carnegie Hall in New York, the Royal Concertgebouw in Amsterdam, the Lyric Opera in Chicago, the Staatsoper in Munich, the Opéra National and the Théâtre de Champs-Élysées in Paris, the Teatro Real in Madrid, the Gran Teatre del Liceu in Barcelona, the Teatro dell’Opera in Tokyo, are just some of the stages that see her perform in leading roles.
On the stage of the major Italian theatres and in the most prestigious musical events – Teatro alla Scala, San Carlo, La Fenice, Regio in Turin, Massimo in Palermo, Regio in Parma, Opera in Rome, Comunale in Bologna, Le Muse in Ancona, Rossini Opera Festival, Maggio Musicale Fiorentino, Martina Franca Festival, Ravenna Festival – Mariella Devia has represented the leading female characters in the history of opera – from Rossini, to Mozart, to Donizetti, to Bellini, to Verdi – obtaining personal affirmations of absolute prominence in each of the roles performed.
During her intense and prestigious career, she has collaborated with some of the most authoritative conductors including Riccardo Chailly, Zubin Metha, Riccardo Muti, Claudio Abbado, Richard Bonynge, Gianluigi Gelmetti, Wolfgang Sawallisch, James Levine, Georges Prêtre. 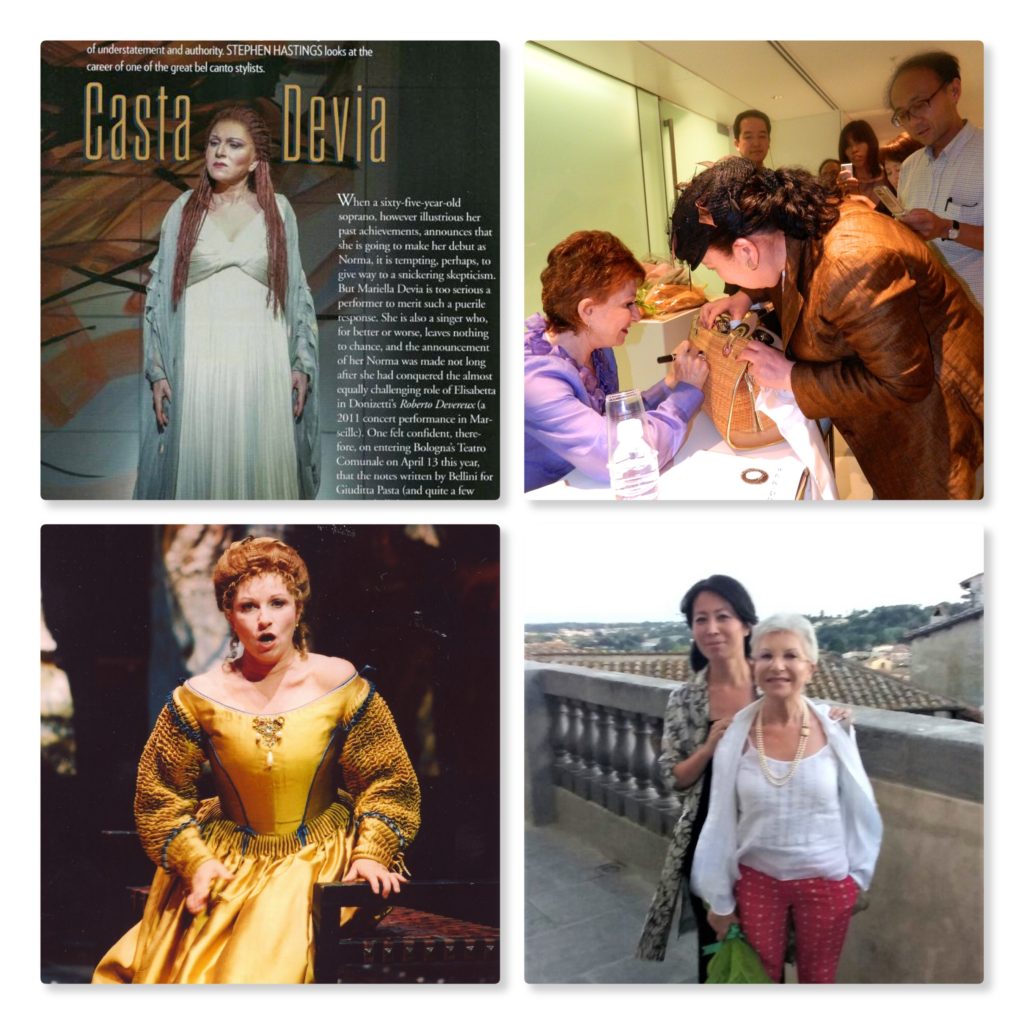 Music historians agree that it is one of the most beautiful voices of Italian bel canto of all time, underlining the extraordinary vocality of the great soprano and his interpretative power. His repertoire, over the years, has been enriched with rare rd emblematic characters.  In November 2011 at the Marseille Opera she debuted the role of Elizabeth I in Roberto Devereux, thus concluding the cycle of Donizetti’s Queens, the only soprano to have interpreted them all. In April 2013 Norma  has debuted. 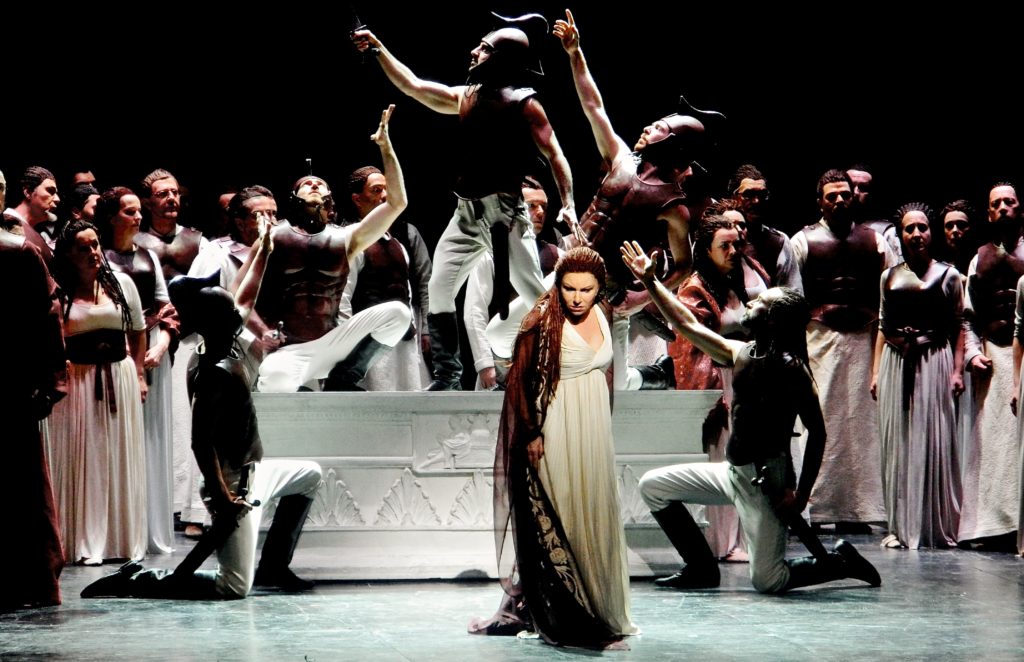