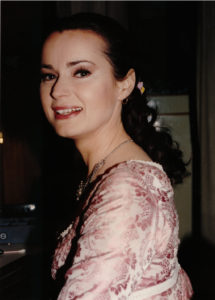 Born in Oslo to an Italian mother, at the age of fifteen she moved to Rome to study piano and opera singing at the Conservatory of Santa Cecilia, where she graduated with honors. At the same time, for many years, she followed a course of study of the “Italian Bel Canto” with the famous soprano Rosina Vedrani La Porta, later perfecting herself in the German Leaders and Opera repertoire with Hans Hotter, Peter Pears and Elizabeth Schwarzkopf. After winning important international singing competitions, including in 1985 the first edition of the “Mozart Wettbewerb” in Salzburg, the “Belli” in Spoleto and the “International Competition for Opera and Chamber Song” of Bavarian Radio, he embarked on a rapid and successful international career in concert and theater. 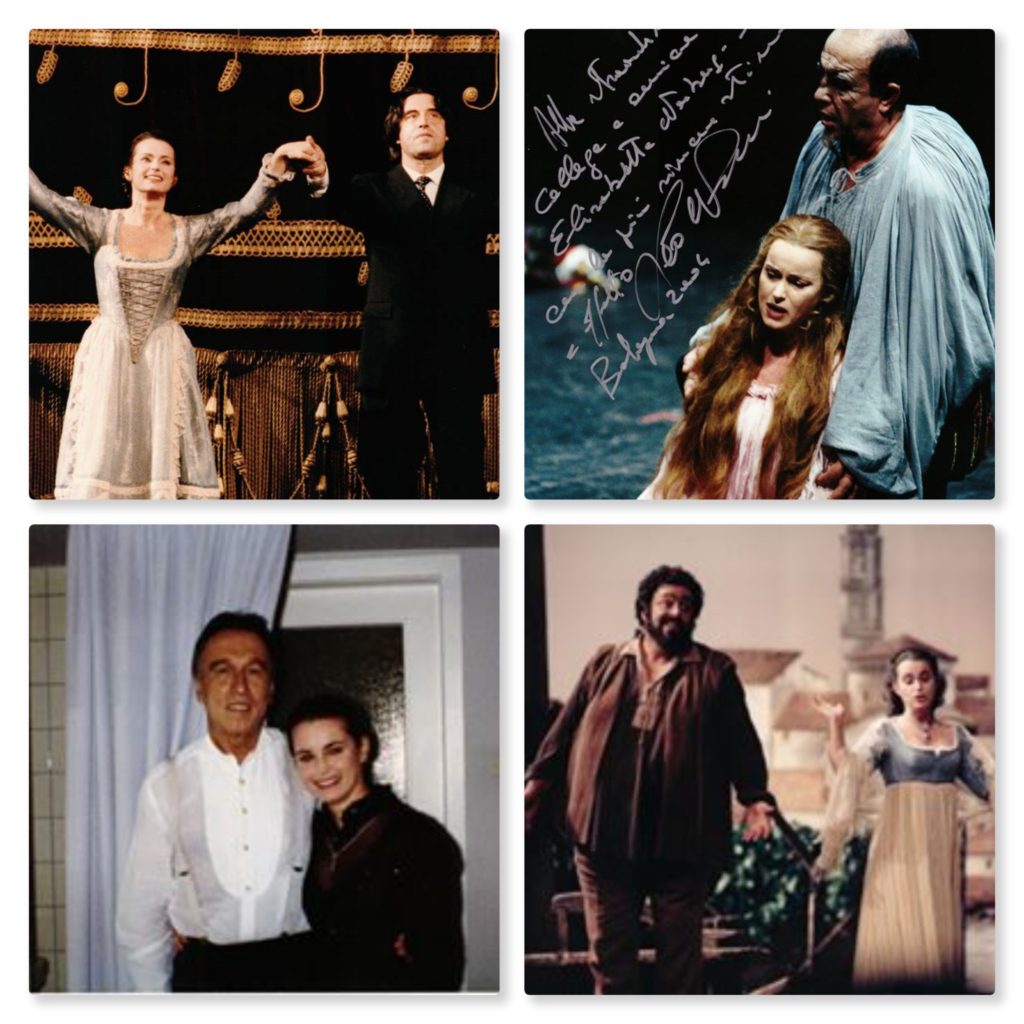 With the Scaligeri group he has participated in two important tours in Japan, respectively in 1988 and 1995, organized by Tadatsugu Sasaki, founder of the Japan Performing Arts Foundation. In these tours, Elizabeth Norberg-Schulz sang the role of Musetta in the Bohème conducted by Carlos Kleiber, alongside the wonderful Mimì by Mirella Freni, and with Riccardo Muti, as Nannetta in Verdi’s Falstaff.  Also in 1995 she was invited to return to Japan with the Orchestre de Paris conducted by Simyon Bychkow, as a soloist in Mahler’s 2nd and 4th symphonies. 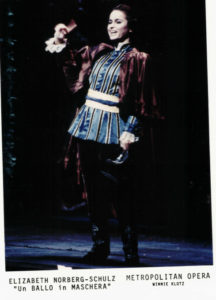 An incomplete list of the productions covered reveals how Elizabeth Norberg-Schulz has sung, practically, under the direction of almost all the greats on the podium in recent years: Boris Gudonov with Claudio Abbado, La Clemenza di Tito with Muti, Die Frau Ohne Schatten and Falstaff with Solti, all in Salzburg, Un Ballo in Maschera/ Oscar with Pappano, and Tourandot/ Liù with Daniele Gatti in Chicago, London and Bologna, Die Zauberflöte with Janowsky, Falstaff with Osawa, Idomeneo/Ilia with Colin Davis, Gulliaume Tell with Muti and Chailly, still remembering the tours of La Scala in Japan where, as already mentioned, he sang under the baton of Carlos Kleiber, Lorin Maazel and Riccardo Muti. 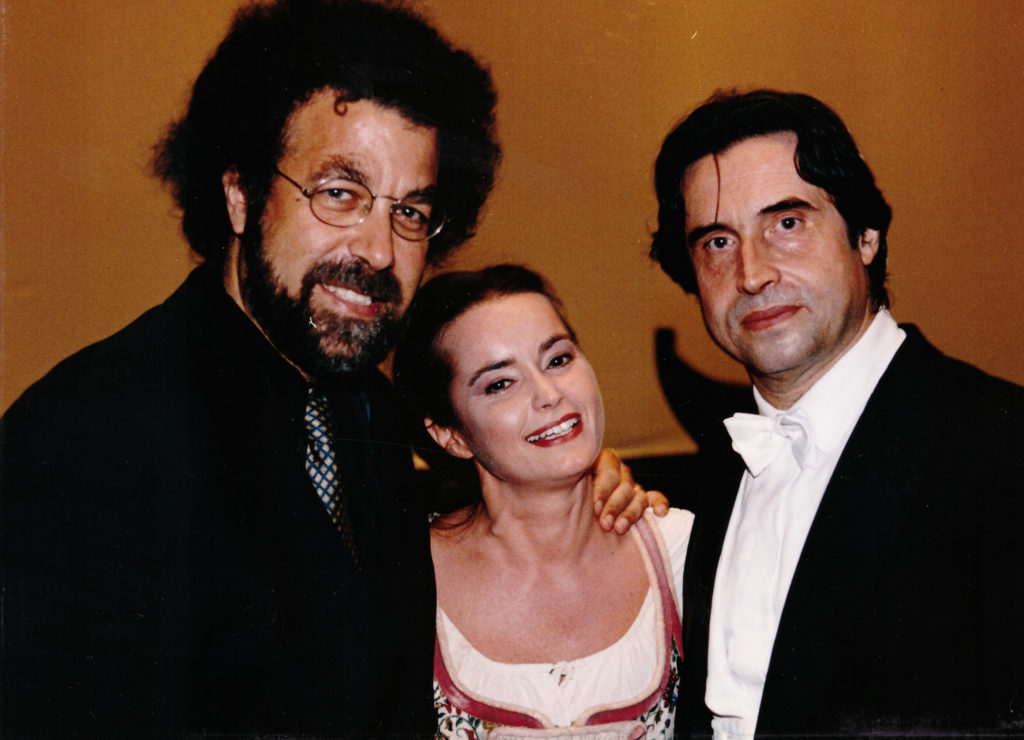 Recent engagements include Strauss’ Der Rosenkavalier at the Metropolitan in New York, Der Zauberflote and the Falstaff at the Teatro Real in Madrid, Haendel’s Tamerlano with The English concert, conductor Trewor Pinnock in Halle, Paris and London in a staging by Jonathan Miller and Haendel’s Serse with William Christie and “Les Artes Florissants” in Paris, Lyon and London, Don Giovanni in Rome with the duo Gelmetti-Proietti, Don Giovanni in Naples with Ferro-Martone, Haensel and Gretel with Mark Elder in Chicago, La Boheme/Mimì, at the Glyndebourne festival, Oslo Philharmonic Orchestra (New Year’s concert with Manfred Honeck), Mozat’s Requiem with Temirkanov as closing concert of the old auditorium of the Accademia di S. Paolo in Rome.Cecilia, Brahms’ Requeim in Bologna with M° Gatti, Mahler’s 4° and A. Berg’s Cantata “Der Wein” at the RAI in Turin conducted by Jeffrey Tate, at the Megaron in Athens as Liù in the Tourandot and in Caracalla/ Rome, at the Oslo Opera as Micaela in Carmen.

Between 2005 -2010 she sang directed by M° Gatti, in Turin in the Cappello di Paglia di Firenze/ Elena (conductor Bruno Campanella), in Paris in the Requiem by Brahms with the Orchestre National de France directed by M° Masur, in Bologna as Gilda nel Rigoletto alongside Leo Nucci (conductor Daniele Gatti) and as Gilda on tour in Korea. She has been in Oslo and Bari as Norina in Don Pasquale, and has performed in concerts both with orchestra and in Liederabend including in Germany, Norway, Sweden, France, Austria, and at the Salzburg Festivals, Ravello, MITO (Liederabend with Silvia Cappellini Sinopoli), in Pisa (with the St. Petersburg Orchestra under the direction of M° Temirkanov), in Brighton, at the Bergen Festival, in Spain (singing Strauss’ Vier Lezte Lieder with M° Ceccato), and Rome at the Roman Philharmonic. In 2005 he recorded a full cycle of Lieder Live for the BBC in London.
With the RAI symphony orchestra of Turin, in 2006 she inaugurated the new auditorium with Mahler’s 2nd symphony under the direction of Frubeck de Burgos, and for the feast of St. Michael the Archangel, patron saint of the State Police, she was invited to participate as the only soloist in the concert of the Police band live on the first channel of the national TV. She was Despina in Genoa and Naples, Cilla in Paisiello’s Socrate Immaginario under the direction of Roberto De Simone in Naples, Elicia in Rossini’s Mosè in Sassari, Zerlina in Cagliari and Naples, Norina in Catania, Venere nell’Ascanio in Alba/ Mozart, Donna Anna and Sofie at the Oslo/ Norway Opera and Valencienne at the Los Angeles Opera.

Elizabeth Norberg-Schulz has collaborated with the greatest directors of our time, including De Simone, Ronconi, Strehler, Pizzi, Saint Just, Proietti, Martone, Miller, Ugo de Hana, Graham Viick, Goetz Friedrich, Richard Johnes, David Mc Vickar, Loft Mansouri and many others
Winner of many awards, including in 2003 the coveted MINERVA prize for music and in 2006 the VERDI prize for her extraordinary international artistic career.
In 2004 she was awarded by His Majesty Harald V, King of Norway, with the Knight of the Order of Sankt Olav, and in 2007 she was awarded the Order of Commander of the Italian Republic for her outstanding artistic achievements in the international field.

Since 2006 Elizabeth Norberg-Schulz has been a lecturer in singing at the University of Stavanger in Norway, and since 2010 she has been regularly invited as a guest professor at the Nanjing University of Arts in China. She holds numerous masterclasses of singing in major Italian and European institutions, including the Conservatory of Santa Cecilia, the Conservatory “Arrigo Boito” in Parma, “Teatro Lirico Sperimentale” in Spoleto and the Accademia Filarmonica Romana, with which she has started a stable collaboration.  In these years of teaching he has graduated many young singers who have embarked on brilliant international careers. His students are regular guests in the opera houses of Oslo, Copenhagen Theatre, Bergen Festival, Salzburg Festival, Baden Baden Festival, Wiener Staatsoper, Semperoper of Dresden, Berlin Theatre, San Carlo of Naples, Maggio Musicale Fiorentino, Opera House of Rome, Massimo of Palermo, just to mention some of them….