Ancient proverb: “The devil is in the details”.
But as they are divine, sometimes, those details…….
For some time now, I’ve been obsessed with Le nozze di Figaro. And the more I go into this masterpiece, the more I realize how many subtleties of Beaumarchais’ text, Le mariage de Figaro, have been enhanced through the genius of Mozart and Da Ponte. 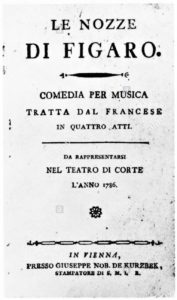 One of these subtleties appears in the third act, when Figaro finds himself trapped by the deceptions of the Count of Almaviva and risks a catastrophic (for him) marriage with Marcellina.
The result is an excited recitative in five (“E’ decisa la lite”), where the lines between Don Curzio, Marcellina, Figaro, the Count, Bartolo follow one another in a row. The last resort to save himself, Figaro plays it recalling his “nobili parenti”. A bit like: “you don’t know who I am!…”
From here, by degrees, we learn that Figaro is a “gentiluomo”: he was kidnapped at an early age and stripped of “oro, le gemme e i ricamati panni, / che ne’ più teneri anni / mi ritrovaro addosso i masnadieri.”
Do you need irrefutable proof of the “illustrious birth”? Here it is: “questo al mio braccio impresso geroglifico”, says Figaro.
Even before seeing it, Marcellina guesses the subject: “Una spatola impressa al braccio destro…”
And Mozart’s music, here, remains suspended on a seventh chord that, not by chance, solves only on the words of Marcellina “Oh Dio! E’ egli!”.
It is the sign of recognition, of family reunion: Figaro is the son of the feared wife Marcellina and her lover Bartolo.  Incest is averted! 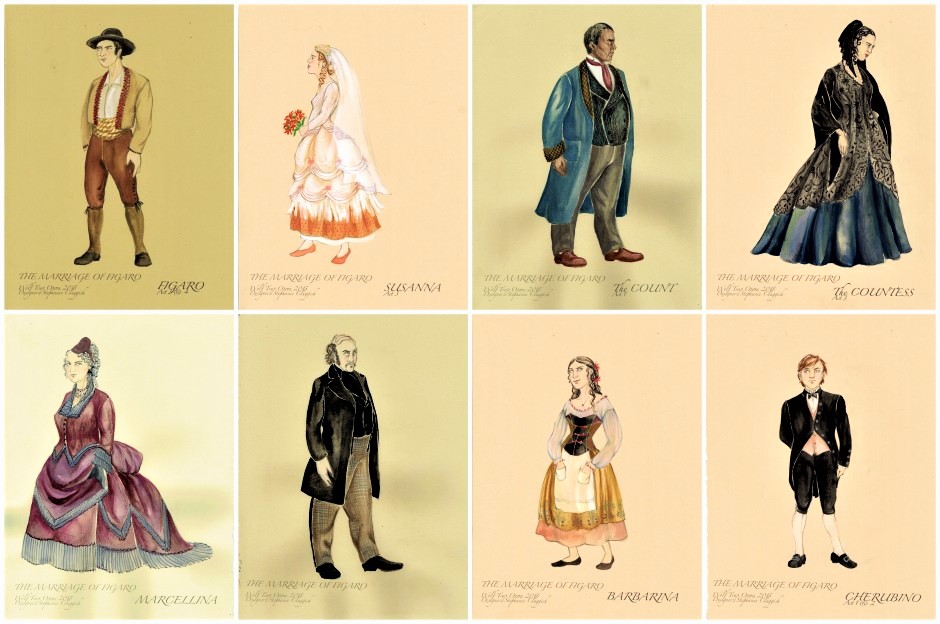 The scene is present, almost identical, in the comedy Le mariage de Figaro.
And so the question arises: why a spatula imprinted (i.e. tattooed) on the arm of a child Figaro?
A step back.
Beaumarchais was a Freemason. Like Mozart, who had been initiated in December 1784: a year before composing Le nozze.
In Masonic rites, the spatula is one of the central symbols, along with the compass, the triangle and the hammer. All instruments that refer to the very origin of the term Freemasonry: the French maçon, in the sense of “mason”, builder of new balances. Exterior and interior. 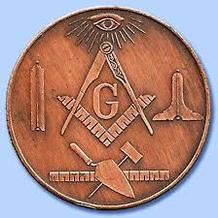 Medal with Masonic symbols, including the spatula

This is confirmed by Antonello Sebastiani who, in his book Simbolismo e linguaggio segreto nella tradizione massonica, defines the spatula as “neutral, balancing instrument”.
And what Figaro achieves in the comedy? Together with Susanna’s feminine wisdom, he re-establishes the equilibrium of affections. He re-establishes the perfect balance: that of Love.
“Questo giorno di tormenti, / di capricci e di follia, / in contenti e in allegria / solo amor può terminar” is the “tutti”, in the finale.

The tattoo of the spatula, therefore, becomes decisive in the representation. Figaro is “predestined”: passing tests on tests, in this “folle journée”, he reaches the final union with Love/Susanna. A comic precursor to the Tamino of the Magic Flute.

Maybe that’s why Figaro tells us: “Son gentiluomo…”. He doesn’t tell us “marquis”, “baron”, “count” or anything else. Gentiluomo is a ” gentle ” man, in the ancient sense of “free “.And, according to Freemasonry (and according to Mozart), it is precisely in freedom that true nobility is achieved, that which does not come from descendants, but from “ascendants” for inner cultivated qualities.

Here, then, is that the spatula, humble tool worker, becomes a symbol of a noble virtue, a brotherhood that united Figaro to Mozart, to Beaumarchais and to the Emperor of Austria, the Freemason Joseph II. He was the emperor who, by chance, withdrew his censorship of the wedding after having listened to the opera in private and spoken at length with Da Ponte.

As the Count of Almaviva says in Beaumarchais’ text: “Lover, poet and musician are three titles of indulgence for all craziness…”…”
And here we are, enjoying these divine follies. In detail.😊