Dear Blog Friends
while conversing a few days ago with a literate colleague, we were arguing for (me) and against (him) the “theft” of Lorenzo Da Ponte’s libretto to the detriment (or benefit?…) of Giovanni Bertati.
What had happened?
In February 1787, the dramma giocoso Don Giovanni, o sia il Convitato di Pietra, a one-act play written by Giovanni Bertati and set to music by Giuseppe Gazzaniga, was staged in Venice.
When Lorenzo Da Ponte prepared the libretto of Il dissoluto punito, o sia il Don Giovanni, for Mozart (Prague, October 1787), he certainly had a copy of Bertati’s work on his table. And he blissfully used it for the scansion of the opening scenes of the first act or for certain expressions typical of comic theatre (the aria from the Catalogue of Pasquariello/Leporello, for example).
But this did not cause any scandal at the time.  Not even Bertati, who later became poet laureate at the court of Vienna, complained about these ” detractions ” by Da Ponte. 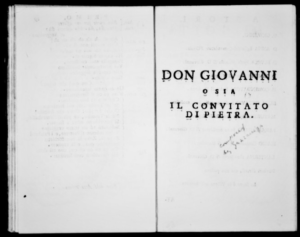 Why?
Because, first of all, the figure of Don Giovanni is born ” shameful “. He is the first prophet of kidnapping, misappropriation, deception and mystification. And, in fact, since its birth, the “noble Dissoluto” has known infinite re-elaborations of the same story, re-written, copied, embellished, magnified or massacred up to the present day.
And also, because opera, in the 18th century, was a fluid, unstable element, available to loans and changes, subject to the whims of singers, impresarios or patrons. Just think how many operas used other people’s material or previous material by the same authors! To the point of constituting the deformed genre of the “pasticcio”, a meaningless jumble of arias, selected by the performers on stage.

Frontispiece of Molière’s Dom Juan, in a 17th century edition.

Lorenzo Da Ponte was, himself, a sort of counterpart to Don Juan.
To define his life as adventurous would be an understatement. It is enough to read his Memoirs or any of the biographies dedicated to him to see the overwhelming libertine incarnate.
So why moralise about the similarities between Bertati and Da Ponte’s two librettos?
Does what is copied and radically improved remain a theft? Or, rather, does it become a collective benefit?
An engine, four wheels and a body shop are as much a part of the Fiat ‘Multipla’ as they are of the Maserati ‘Ghibli’. But which of the two excites our automotive dreams?
And the comparison could go on and on, in every field of art.
So, returning to our Don Giovanni, let us see why it is worth blessing that rogue Da Ponte. 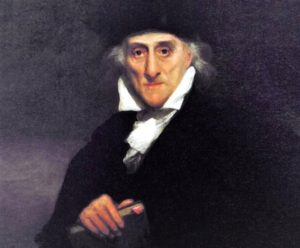 The structural and stylistic differences between the two librettos are remarkable.
First of all, Da Ponte writes two acts, instead of one: this makes his work a complete ‘action for music’, with developments and nuances that do not exist in Bertati’s previous play.
The delight of disguises (masks and exchanges of clothes) is only present in Da Ponte and reveals itself as an element of powerful dramatic tension, in the whirling play of parts around the figure of Don Giovanni. Among these, Ximena is eliminated, who, in Bertati, has a marginal role, compared to Donna Elvira and the peasant girl Maturina.
Moreover, Da Ponte elaborates the formidable dramatic progression of the first act, which goes from Donn’Anna’s recognition of her assailant to the pyrotechnic closing with the mephistophelean reception in Don Giovanni’s house.
And then, the whole development of the second act, up to the scene in the cemetery, is Da Ponte’s original creation. In short, there are many new elements.
But, even on the “stolen” ones, Da Ponte has a mark of superior class. 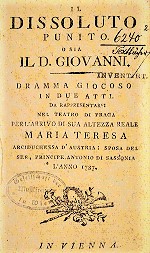 So, instead, in Bertati’s libretto:

There is no doubt that the form of the duet in Da Ponte suggests the subtle play of seduction much better than the unambiguous and direct declaration of Maturina in Bertati.
The duet, with the sensual emotional chase of its verses, immediately inspires a subtle eroticism. Here Don Giovanni’s crouching hunt stands out and so the scent of a trap for Zerlina, so the virile masquerade and the feminine hesitation, destined to converge in the concluding harmony of the united canto (“Andiam, andiam mio bene, etc.”). 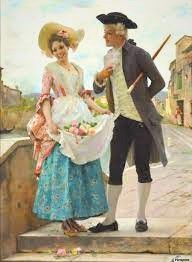 This and a hundred other refinements make us thank Lorenzo Da Ponte every time we read his Don Giovanni. In the countless thefts in the operatic sphere, his was “the heist of the century”!
And I suppose that to travel in the myth of Don Giovanni, we will continue to choose Da Ponte’s “Ghibli” rather than Bertati’s “Multipla”……

The aria of Maturina, performed by soprano Elzbieta Szmytka.

The duet Don Giovanni-Zerlina, performed by the bass Ildebrando D’Arcangelo and the soprano Manuela Bisceglie.