The European Muse – Curiosities and passions of the great soprano Pauline Garcia Viardot.

Dear Blog Friends
I have recently finished a book that I would recommend to all lovers of music, art, opera and literature.
The title is The Europeans (Three Lives and the Making of a Cosmopolitan Culture). The author is Orlando Figes, Professor of Modern History at the University of London. The publisher is Penguin.
The great fresco drawn by Figes has three protagonists who move in that revolutionary Europe of the second half of the nineteenth century, where railways, publishing, international trade and cultural exchanges explode, preparing, in many ways, the controversial globalisation of our years. 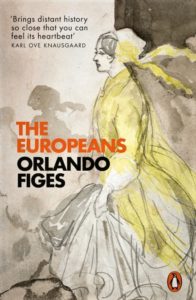 Cover of the book The Europeans by Orlando Figes

The figures around whom this epochal tourbillon revolves are the soprano Pauline Garcia Viardot, her husband Louis Viardot and their mutual friend (something more for Pauline….) Ivan Turgenev, exemplary narrator of the Russian soul and its profound crises.
Among the three, Pauline Viardot shines with a special light that, even at the time, made her an admired, enterprising, prophetic, generous protagonist.
It is easy to verify her role of excellence in the society of the time: Pauline Viardot.
However, reading Figes’ beautiful book, it is possible to discover previously unpublished private aspects of Viardot, marvellous artistic intuitions, multifaceted sides of her character and, above all, a tireless curiosity in artistic and existential experimentation. 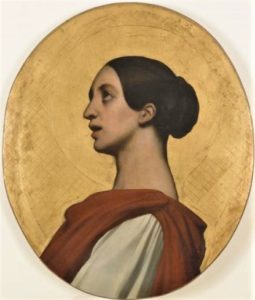 A few examples.
Liszt, a close friend of Pauline Garcia Viardot, said of her: ‘she was born into a family where genius seems to be hereditary’. Nothing could be truer if we think of the artistic qualities of her father Manuel Garcia, her mother Joaquina Sitchez and her siblings: Manuel Jr, Josefa and the legendary Maria Malibran.
In particular, the bond with his sister Maria was very close. Malibran’s premature death (in 1836 at the age of 28) led the young Pauline, already an excellent pianist, to follow her footsteps as a singer.
The symbiosis was intentional, to the point that Pauline’s debut in concert (Paris, 1838) was with the same repertoire as her sister and even the same dress (a white tunic with a black rhombus on the bust). The writer Alfred de Musset wrote at the end of the performance: ‘the resemblance is so striking as to seem supernatural’. 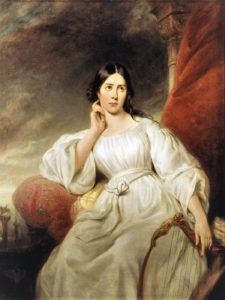 Another fervent admirer of Pauline Viardot’s voice was Chopin. They gave several concerts together, including a triumphant one at the Salle Pleyel in February 1842 (what one wouldn’t pay to hear that performance again!!….).
Occasionally, Chopin would ask Pauline to sing a Spanish song or a Mozart aria for him.
Their artistic understanding went as far as transcribing some Mazurkas for voice and piano. They are Viardot’s work, but in the manuscript there are Chopin’s handwritten notes, which suggests a four-handed work.
She also shared an intimate relationship with Charles Gounod, of whom Viardot was a mentor, a muse and probably a lover. The French composer’s first opera, Sapho (1851), was created in close collaboration with the great soprano, who, of course, played the leading role. Pauline was so enthusiastic about her relationship with Gounod that she made the staging of Sapho a condition of the renewal of her contract with the Paris Opera. 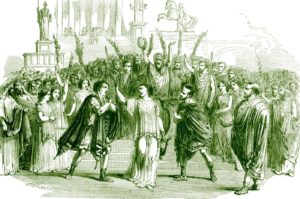 Following the stylistic evolution of her time, Pauline Viardot also became an admirer of Wagner, in particular of Lohengrin which she heard in Germany in 1869. As the great star that she was, she did not limit herself to attending the German composer’s operas, but established a professional collaboration with him. So much so that Wagner sent his niece to study singing with Pauline and chose several interpreters of his works from among Viardot’s students.
But, apart from the musical appreciation, Wagner was violently criticised by the great soprano for his anti-Semitism and relations between the two soon broke down. Moreover, Viardot had triumphed throughout Europe as protagonist in Meyerbeer’s operas (Le Prophète, above all, but also Les Huguenots) and was a fervent admirer of Mendelssohn. For these preferences, Wagner accused her of being ‘a Jew herself’ .. 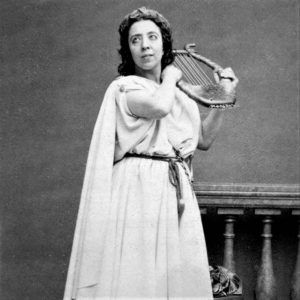 The Viardot family salon was one of the most sought-after and refined in 19th-century Paris. They entertained on Thursday evenings, with regular concerts, and on Sunday afternoons with more informal activities (games, plays, improvisations, comic songs). Gounod, Saint-Saëns, Fauré, Lalo, Bizet, Massenet, Franck, Chabrier and Delibes passed through these rooms, and each of these great musicians regularly presented new works to the select salon audience.
Pauline Viardot ended her singing career in 1870 when she performed the ‘premiere’ of Brahms’ Rhapsody for alto, choir and orchestra, Op. 53, in Jena.
For the rest of her life, as before, she devoted herself to teaching, promoting young artists and new works, and rediscovering music from the past or from Spain, to which her origins strongly linked her.
Her figure became a myth in the musical world of the late 19th century. Tchaikovsky visited her in 1886 and in a letter he wrote: ‘I was enchanted by Mamaša (little mother) Viardot. During the three hours I spent at her house, I must have kissed her hand at least ten times’. Above all, Tchaikovsky was enchanted by the manuscript of Mozart’s Don Giovanni that Viardot had bought (for a huge sum!!) from the piano manufacturer Johann Baptist Streicher in 1855. 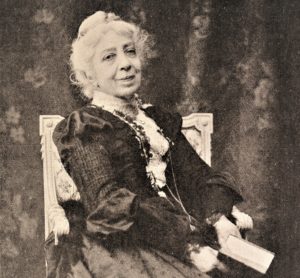 Indomitable even in the face of time, Pauline died at the age of almost ninety, after a life that, euphemistically, can be described as intense….
She fell asleep in an armchair and died: her daughter Louise, who was with her, reports that her last word was “Norma”: an invocation of one of the many heroines who had marked her heroic life.
All this, and much, much more in the fascinating book The Europeans by Orlando Figes.
Highly recommended!!!
The Europeans (Three Lives and the Making of a Cosmopolitan Culture).